Which planets can we see from Earth with the naked eye? Learn and find them all!

Stargazing is a beautiful rest for the soul. Illuminations in a city obscure the cosmos from the naked eye, but if you leave the town, move to the countryside, or choose to spend a night in the open field - the whole new world of celestial bodies will open to you. However, stars aren’t the only magic up there. Can you spot five planets among the shining dots on a black canvas? I assure you that it’s possible and requires only a bit of knowledge to find Jupiter and Saturn.

As a child, you learn about the Solar System and eight planets that circle the magnificent star - the Sun. But there is a high chance that you’ve never seen a single planet with your naked eye. We are used to the thought that the night sky is for the stars, not the planets. But with several conditions allying, the planets will reveal themselves to you in their prime.

The first condition is the apparition. It is a term to describe a specific period when a planet or any object in the sky is visible. That’s why the time you observe the firmament is fundamental.

The second condition is the place. Of course, the site on the planet you are in determines what exactly and when you can see it. However, your night sky can be polluted by the light or just clouded because of the unfavorable weather. The best location is at the top of a mountain in Alaska or Siberia, but there is no need to go that far. You’ll spot the brightest planets even in a city park. So, space also plays a significant role in spotting planets like Jupiter and Saturn.

What planets are visible to the eye?

Generally, we are open to gaze at five planets. We call them naked eye planets because they are the ones we can see without any additional equipment. Of course, we also need favorable weather conditions. If you live in a cloudy and rainy town as I do, spotting anything in the sky would be a significant challenge. But with a bit of precision, a tent, and a sleeping bag, you are free to travel to a better spot. And I assure you that the experience will be worth the ride.

If you live in a megapolis with a night sky interjected by raids of light, you still can have a glimpse at the planets. Luckily, they are visible in light-polluted skies, unlike galaxies, whose shining is too faint to spot in such unfavorable conditions. 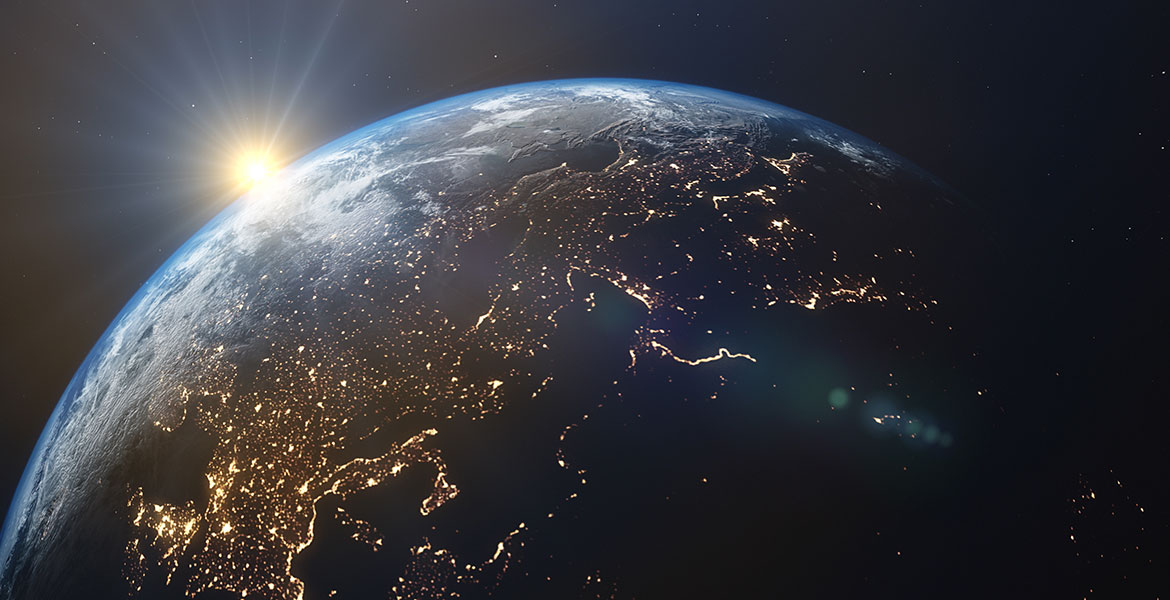 So, all planets are pretty visible if only they are not too close to the Sun, which shining shields them from our view. With a bit of research and patient, you’ll be able to pick the appropriate night to see each planet in its magnificent beauty.

However, all planets are visible to the eye at a different grade. Unlike stars, planets don’t generate their light during nuclear fusion reactions. All they do is reflect the light from another source - the Sun. Moreover, their visibility is also affected by the relation in space to the Earth, their sizes, and the distance to the Sun.

You can find charts with the exact dates and times when to look for each planet on the web. Here we’ll discuss in general terms when every planet becomes visible to our naked eye and some facts about them.

When can you spot Venus?

We start with Venus because it “shines” brighter than any other planet. It’s also known by two different names - the Morning and the Evening Star because it appears at the day’s birth and death. At the beginning of the day in the early morning, you will spot it in the Eastern sky, and at the end - in the Western one. 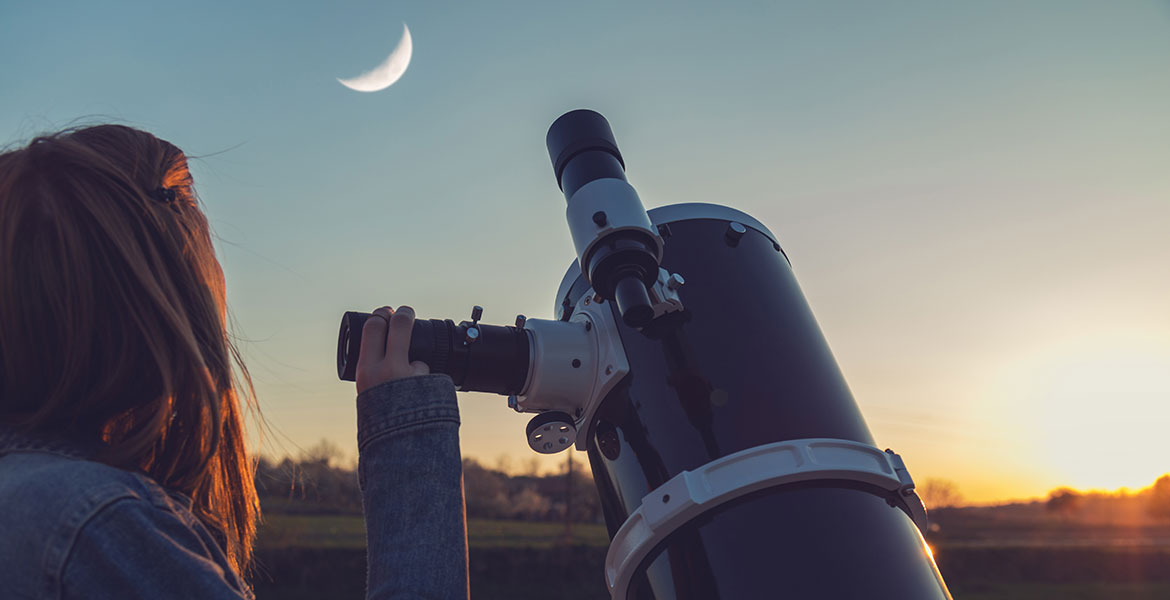 People describe Venus’s light differently: most agree that it has the brightest white color, but some add that Venus reflects a little blue.

In favorable weather conditions, you’ll be able to spot the planet during the day. In this phase of greatest brilliancy, it also may cast shadows down on the Earth.

However, the brilliance plays a nasty trick on Venus. During June, its light merges with the shining of the Sun. Moreover, to get details of the planet, you will need to use a telescope because the light won’t let you see anything but the shining.

When can you spot Jupiter?

The greatest size doesn’t help Jupiter to overwin Venus in visibility to us. Like Venus, it has a white light and appears in the twilight but is located too far away from Earth.

Jupiter is curious to observe because of its companions - natural satellites like the Moon.

The four moons change their position each night, but it would be a challenge to spot them with a naked eye. Jupiter’s light is too bright and consumes objects nearby.

When can you spot Mars?

Mars is in the view from the sunset to the sunrise with the pinnacle at midnight.

Mars is famous for its reddish shining. However, unaided, you will see an orange color with a pale yellow and red tint. The color depends on the distance the planet is at the given point in time to the Earth. Mars is also known for its dust storms that also affect the view by shading the planet into a more yellow spectrum. 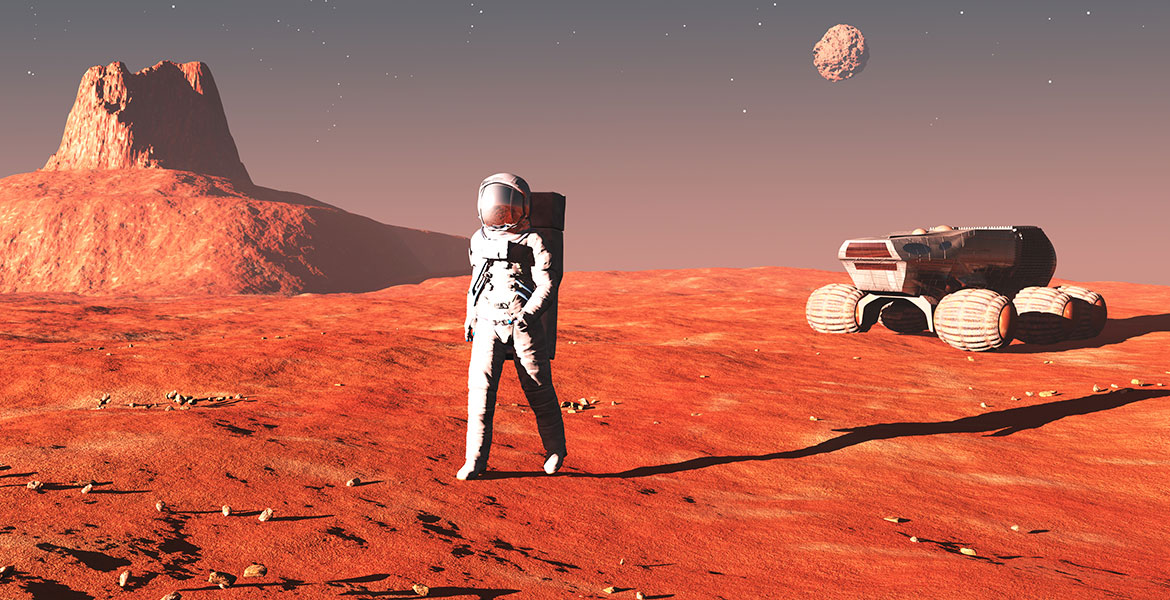 Alas, Mars’s moons aren’t visible to us, and even with special equipment, they’re hard to spot. It also has a peculiar relationship with the Sun because they mirror each other in an apparition to our view. When we lose sight of Mars, the Sun appears on the horizon.

We have a special connection to Mars. It’s our probable future home, and we’d better know more about it. Mars has a different gravity than Earth, so you’ll easily jump up to three meters in height. Moreover, the planet hosts the tallest mountain in the whole Solar System.

When can you spot Mercury?

Starting with Mercury, we face challenges in spotting planets. Mercury is located very close to the Sun, which defines its visibility to us. Apart from appearing only several times a year, the planet is accessible mainly in twilights, being low down in relation to the Sun. Another good time is predawn, in minutes before sunrise. Then you can spot Mercury in the East sky.

Due to Mercury’s low altitude, the planet appears somewhat pink to us, but generally, it shines in white color.

When can you spot Saturn?

Alas, you won’t see Saturn’s ring system without a telescope, but you still can enjoy the planet’s light yellow shining. Saturn is the brightest in the late spring and early summer, rising east and moving across the night sky to the other end.

When can you spot Neptune?

Here we reach the point when the furthest planet is out of our view. You won’t see Neptune unaided, but you can spot it with a binocular or a small telescope. With this equipment, you’ll perceive Neptune as a tiny dot, easily confused with a star. The best way to catch it is to observe when Neptune is in conjunction with Jupiter. In that case, a small faint dot near Jupiter will be the planet you’re looking for.

In conclusion, nearly all of the planets can be seen with the naked eye. However, it’s easy to take the next step and go over the barrier of the naked eye planets to see much more in the cosmos. With a pair of binoculars or a simple telescope, you’ll catch various shades of colors and moons circling planets. 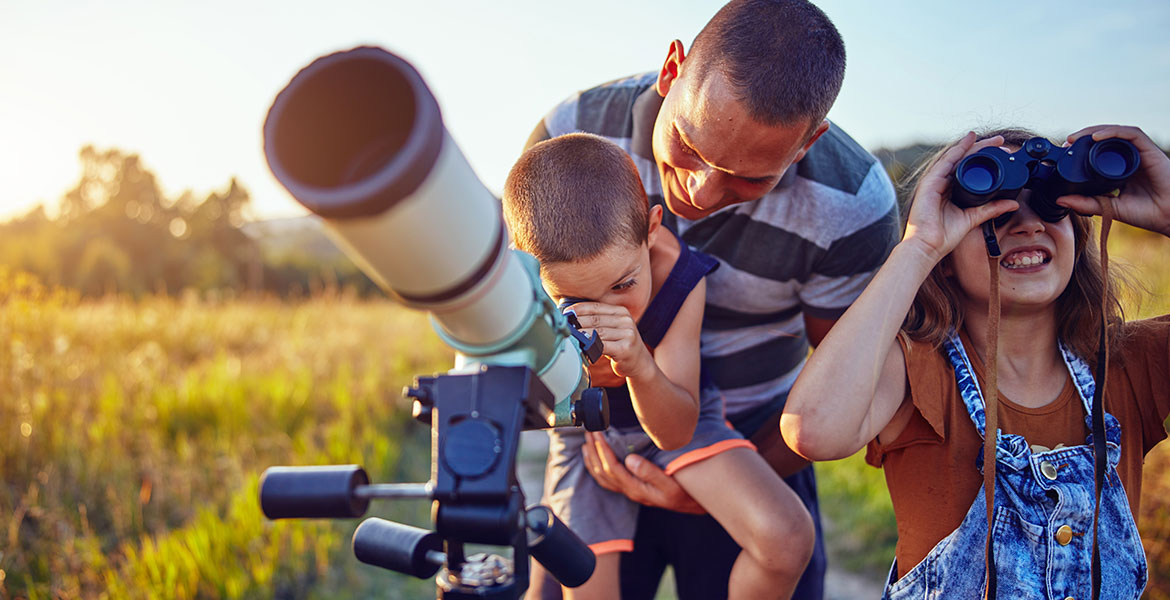 Moreover, it’s an excellent opportunity to arrange a family outing with a night under the dark sky. Teach kids a bit of astronomy and show them the beauty of our universe!