All matter is constantly moving. Moons circle the planets, the Solar system drifts around the galaxy, and a massive gas cloud covers everything in between, moving at its own pace. The Milky Way is a mystery of shining and obscure material and the unknown matter at its core.

We prepared ten facts to discover different shades of the magnificent beauty of the Milky Way. But before, let's create an image of the gigantic comic object we're going to discuss.

Milky Way galaxy is shaped in a slightly distorted spiral with two arms called Perseus and Sagittarius. Everything inside is circling various degrees to each other, but the whole structure is angled, like swimming across the wast see sideways, crossing boundaries of space and matter. The spirals and smaller, less dense half-spirals and spurs contain various objects, from stars to comets. The Milky Way center is called the galactic bulge because it's the thickest part of the galaxy, accumulating most of the matter. There you'll find gas, dust, and stars, crammed together like in overcrowded public transport. It's assumed that at the core of it lies a black hole that drags anything close inside. The spiral, where solid objects are located, is called a disk. But there is more. Everything is covered with a gas cloud named a halo, which stretches far beyond the disk boundaries.

The created image tells us that the galaxy is a home for numerous solid objects, but it's only half true. The solid matter takes only one out of ten space of the whole Milky Way. Another is the dark matter, separating everything like black oil and determining the entire movement's pace.

The Earth lives in the spur called the Orion Arm, which drifts on the galaxy's brim. Many events happening in the universe remain a mystery to us. Even our own galaxy hides secrets. For example, we still haven't seen a black hole, which with the highest probability lies in the Milky Way’s center. Scientists deduced its existence by the way the space in that area behaves towards surrounding objects.

Thus, we'd like to introduce you to this tiny part of the universe and list ten Milky Way galaxy facts for your amazement.

Evidently, the galaxy has born various names given by different generations of humans. The current name derives from the Greek 'via lactea,' meaning a milky circle. It's common in the European part of the world that shares a Latin legacy. However, there are other names for the Milky Way. One of the legends tells that the stars above are salt lost by the traders moving through the land. Some nations use the name 'Bird's Path' because their ancestors noticed how birds migrated following the galaxy course.

Description of the galaxy as a flat spiral is far from the truth. Actually, the galaxy is warped because its boundaries curve at different sides. The reason is the neighboring dwarf galaxies that pull the dark matter from the Via Lactea while trying to absorb them. Consequently, such a pull-and-release relationship forces the brims of the Milky Way curve, creating a distorted shape.

In our imagination, the halo is a broad luminous shape in the night sky. We can spot it with a naked eye and wonder at the matter creating it. However, what you see isn't a galactic halo made of hot gas. The luminous mass is stars that take only 1/10 part of the Milky Way’s area. The dark matter that fills empty spaces between objects is the actual halo. It's invisible, but scientists concluded that something must be there to affect the celestial objects' speed. The dark matter is hidden, but it distorts the spreading of light and creates a famous Milky Way’s halo. 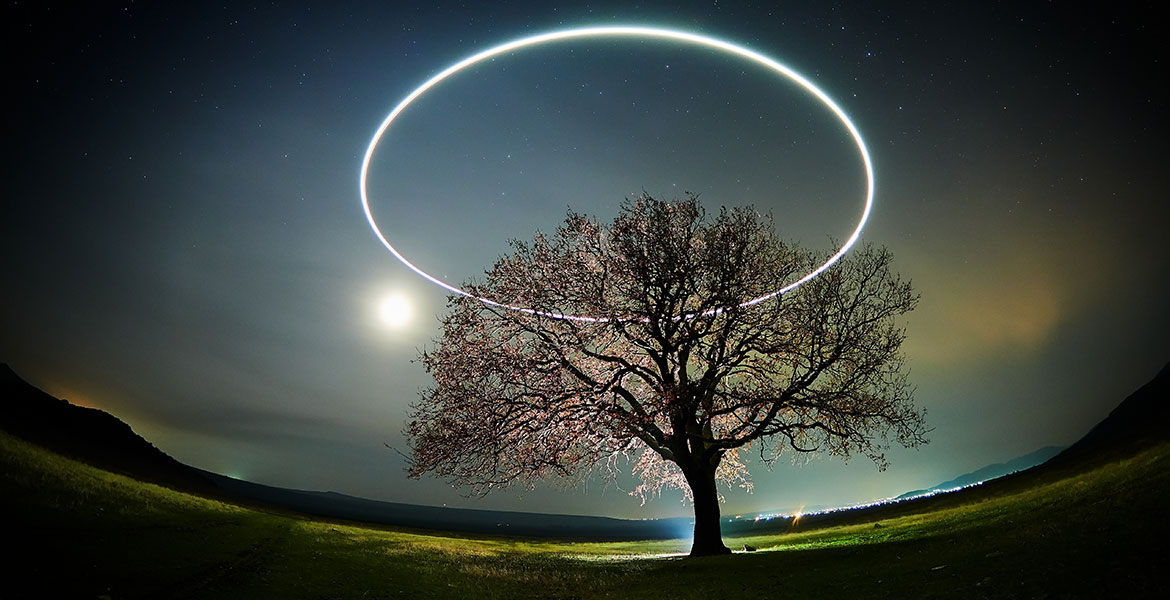 4. So, how many stars are in the Milky Way galaxy?

There is no definite answer. We have a range from one to four hundred billion stars that inhabit the galaxy. However, the number is constantly fluctuating. The Milky Way is in the neverending process of birth and death, with around seven new stars emerging each year, while some of the existing ones lose their essence and turn into supernovae.

However, you won't see this massive amount from any point on the Earth. On a perfect night, around two and a half thousand stars will be open to the view. Apart from the stars, you can also enjoy the planets' light with a naked eye. The planets reflect the light, and we see it in different shades. For example, Mercury will have a slightly pink tint, and Jupiter will shine in a bold white color.

The Milky Way is not as peaceful as its name may suggest. Of course, our galaxy doesn't attack the neighbors, but they have peculiar relationships. The dwarf galaxies nearby lose their stars to Via Lactea, which slowly but unstoppably consumes their mass. Moreover, the current shape of the Via Lactea is a result of constant eating. For example, in the distant past, it absorbed the Sagittarius Dwarf Galaxy.

6. Are you sure you know how the galaxy looks?

Imagine a flat spiral colored in various shades of blue and violet, with white shining dots splattered across it and a massive black background like trying to consume any color altogether. It's a broad and artistic description of the Via Lactea. But do we actually have a picture with a real Milky Way galaxy viewed from afar? Alas, no. 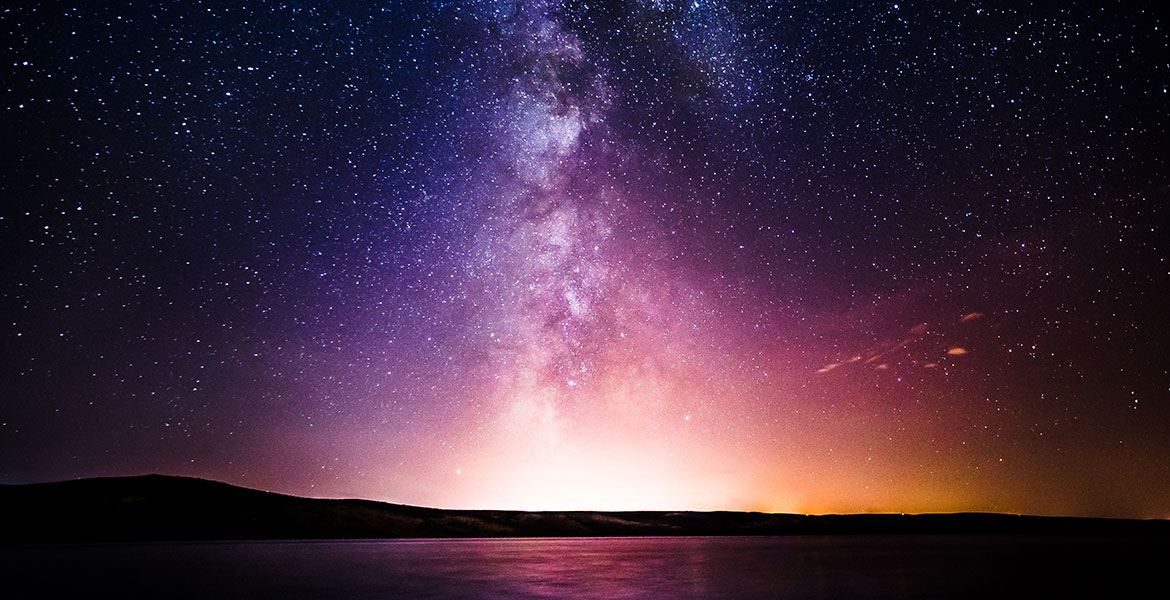 The image is a popular way of seeing our galaxy. We usually imagine the Milky Way as a spiral, which we can see either from the side or above. However, technically it's impossible to create such an image with the equipment we have now. Our planet, as well as the Solar System, is located in the suburbs of the galaxy. In other words, we are a part of the galaxy, living on its brim. Humanity still can't travel beyond the Solar System and only dreams about leaving the galaxy's age. Thus, every image of the Via Lactea is either a picture of another galaxy or an artistic interpretation of the scientist's descriptions.

7. The black hole at the Milky Way's center.

The core of the galaxy is a peculiar place. It's the densest area, full of stars, gas, and dust. All the matter is dragged there like by a magnet. And then it disappears without visible explanation. Like it has never existed.

So, we'd like to introduce you to the black hole, but we can't because scientists can only assume that it's located at the center of the Milky Way. Basically, the middle point is called Sagittarius A*. It emits radio waves and drags into itself the matter around it. It is said to be a supermassive compact object, and the only explanation of its properties is that at the core lies a black hole.

It's pretty usual for a galaxy to have a personal black hole somewhere in the middle. It also likes to have a large company near itself. Apart from consuming everything nearby, its attractive power creates an accretion disk - a collection of various matter in the queue to be destroyed. However, it's not just a death path because stars also get born there and lead their lives close to the black hole.

It's a tricky question to answer because the Milky Way underwent a long process of taking the current shape. As we said before, even now, it absorbs stars from nearby galaxies, changing its content. However, the oldest parts of the galaxy - stars found in the globular clusters and the bulge appeared around thirteen and a half billion years ago. It's only one milliard years in distance from the creation of the whole universe.

The Via Lactea galaxy is only a tiny part of the universe. Together with Andromeda and some other dwarf galaxies, they are known as a Local Group, which is a part of the Virgo Supercluster.

The Earth's future inhabitants may not know that the Via Lactea isn't the only matter in the universe. With the constant rise in the dark matter, objects drift further away from each other, filling the space with nothingness. Such vast distances will distort the matter and block the ability to see beyond the Milky Way.

10. Guests from other parts of the universe.

Now we know that the world is far broader than the borders of the Via Lactea. Galaxies interact with each other, swapping the matter and sometimes eating each other alive. However, some guests bump into our world unexpectedly. Some stars travel long distances near the Milky Way, but instead of passing it by, they collide with the Arms, causing destruction and the appearance of other matter. Thus, we receive messages from other galaxies, reminding us that we're not alone in this world. 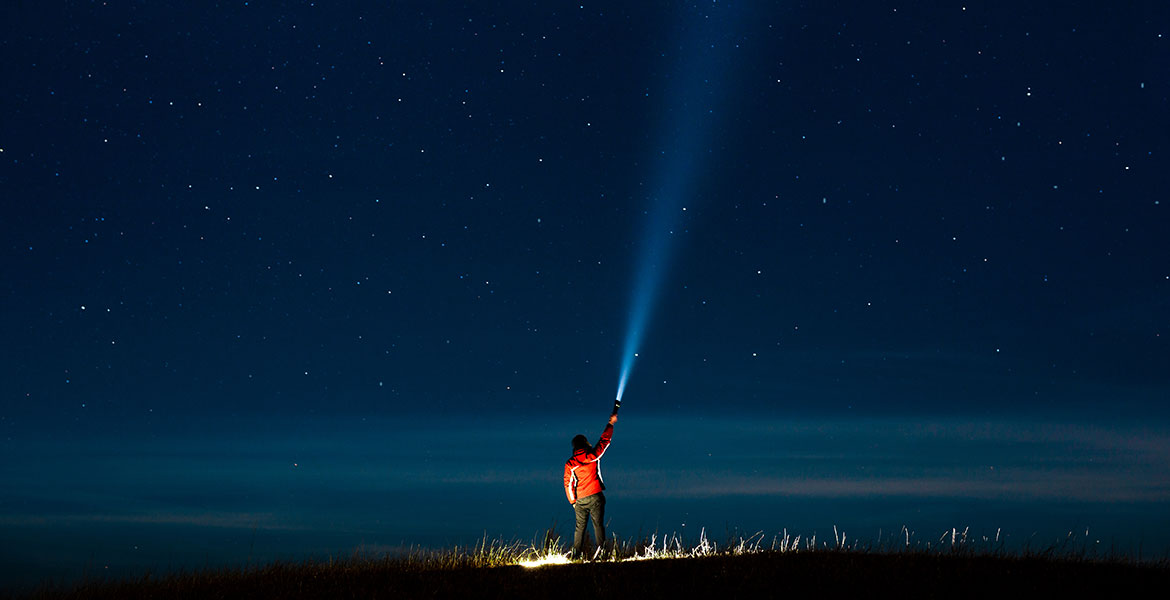 To wrap it up

It's better to see it with your own eyes than listen to any magnificent story. Milky Way is visible on any unclouded night, so use the opportunity. Moreover, it's a great excuse to flee the city with your friends or family and have a proper rest under the stars of the Milky Way.