The Aries Constellation – All That You Need To Know

How to Find Aries Constellation?

You can start hunting for the Mighty Ram in late October. At this period, Aries rises in the east at sunset, achieves its highest point at midnight, and sets in the west at sunrise. 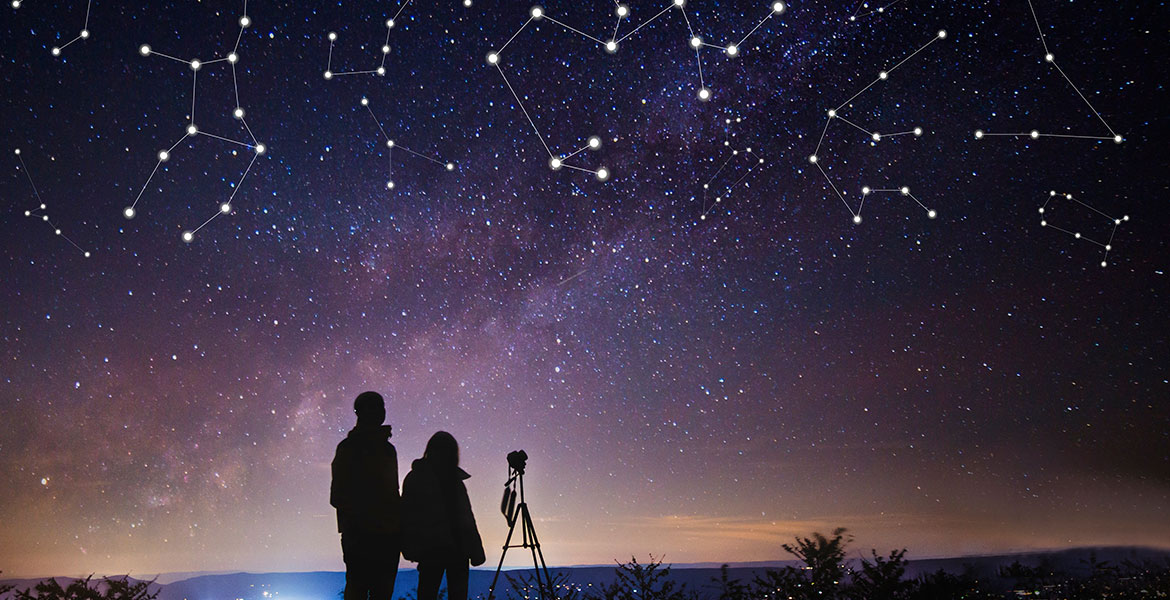 November and December are the best months for watching Aries, as its stars shine brightly above the eastern horizon at nightfall and stay for most of the night. Aries reaches its highest point in the sky at about 10 p.m. local time (for all time zones) in late November, 8 p.m. in late December and 6 p.m. in late January.

Since this constellation is not a very prominent one, it’s the best idea to view it from the countryside during the new moon. Luckily, the head of the Ram is quite easy to spot. You can find it midway between the Pleiades star cluster to the east and the Square of Pegasus to the west.

History and Mythology of Aries

In ancient Babylon, the Aries star constellation was already known by the name CHUN-GA, or Aries. Also, the Persians, the ancient Egyptians, and the Minoans called it ‘Aries’ in their national languages. Ultimately, by way of Greece, the constellation came to Rome, where astronomers gave it the Latin name ‘Aries’.

In ancient Egypt, Aries was closely associated with the god Amon-Ra, who was portrayed as a man with a ram's head, which was a symbol of creativity and fertility, and that’s why worshipped by each agrarian worker.

There are several mythological narratives concerning Aries that were handed down from antiquity. One of these legends attributes the name of the constellation to Zeus, who turned into a ram while fleeing the overpowering Titans.

In another Aries constellation myth, a Roman writer Hygenius describes how Bacchus, the god of wine, together with his cheerful entourage, unexpectedly lost his way in the vastness of the Libyan Desert. In this dry wasteland, they were soon plagued by terrible thirst. Fortunately, they met a friendly ram that led Bacchus and his party of revelers to a source of water, consequently saving them from certain death. In gratitude, Bacchus elevated the ram to the heavens.

According to another Aries constellation story of Greek origin, King Athamas appointed his eldest son Phrixos as his successor to the throne. His current wife, Ino, however, wanted to see her own son in his place. For this reason, the conniving queen resorted to a ruse. She let the seed spoil for the following year, causing crop failure.

At his wife’s behest, the king consulted the oracle that had been manipulated by Ino. He was told that if he wanted to avoid another crop failure in the following year, he would have to sacrifice his son Phrixos.

On the day of the offering, a magnificent ram, summoned by Nephele (Phrixos’s biological mother) appeared in a shining golden fleece. Phrixos and his sister, Helle, swiftly mounted the ram’s back and flew away. But high above the strait separating Europe and Asia, Helle fell into the sea, where she drowned. This channel has been called the ‘Hellespont’ ever since.

The ram flew on with Phrixos on his back to the land of Colchis, where the boy was well received. Upon the Ram’s wish, Phrixos sacrificed him to the gods where he now resides in the heavens for all eternity.

What Is the First Point of Aries?

In astronomy, there is a celestial coordinate system for fixing positions of all celestial bodies. A celestial body’s position is determined by its angular distances from the Celestial Equator and the celestial meridian that passes through the ‘First Point of Aries’. 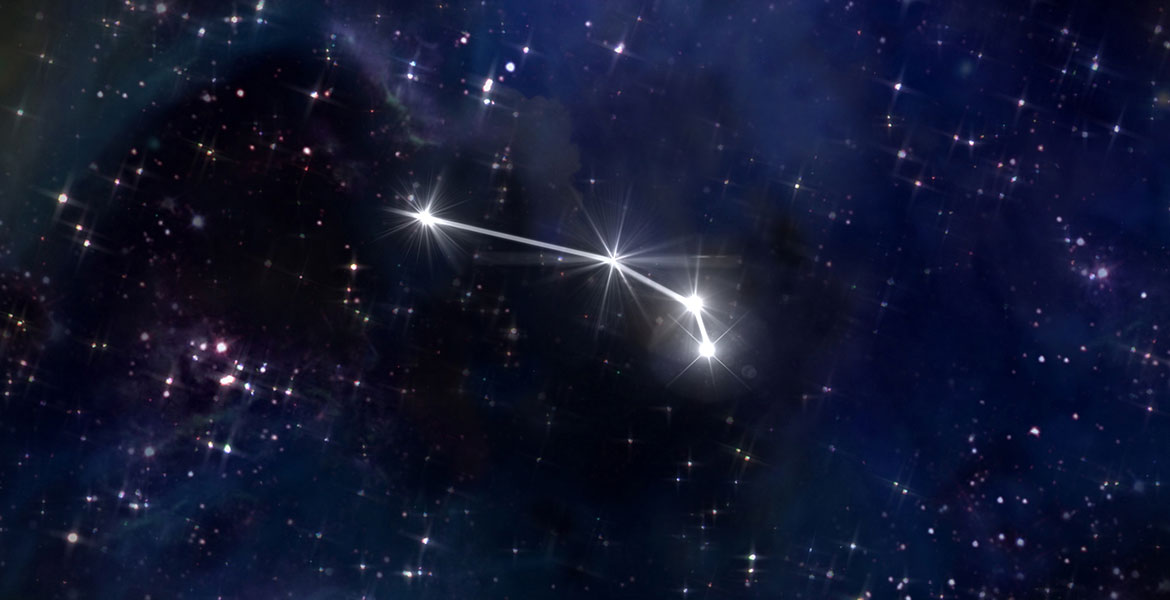 The First Point of Aries has been chosen as the zero point in the celestial sphere. It is the point at which the Sun crosses the Celestial Equator moving from south to north along the ecliptic. In other words, the First Point of Aries marks the sun’s position in front of the constellations of the zodiac on the Northern Hemisphere’s spring equinox or Southern Hemisphere’s autumnal equinox.

This is known as the ‘First Point of Aries’ because in the second century B.C., when Ptolemy first mapped the constellations, Aries lay in that position. However, due to precession, the vernal equinox now lies in the constellation Pisces.

Let’s take a closer look at the brightest stars in Aries.

Hamal, also called Alpha Arietis, is the brightest star of constellation Aries. Hamal is a red giant located about 75 light years away from us. The name ‘Hamal’ originated from the German word ‘Hammel’ or ‘mutton,’ which is also synonymous with ‘Aries.’ The name 'Hamal' also means 'lamb' and derives from the Arabic phrase ‘rās al-ħamal’, meaning ‘head of the ram’ – just like the shape of the stars in the constellation.

Sheratan, or Beta Arietis, is a binary star. It means that it includes two stars: a white main sequence star and a spectroscopic binary, 66 light years distant. This name comes from the Arabic phrase aš-šarāţān, which means ‘two signs’ and refers to the vernal equinox, which the star marked together with Gamma Arietis a few thousand years ago.

Mesarthim, also known as Gamma Arietis, is a triple star system. Mesarthim lies about 165 light-years away from us.

Delta Arietis, or Botein, the following brightest star after Alpha, Beta and Gamma Arietis, is an orange giant star located approximately 168 light years from Earth. This name is derived from the Arabic word butain, which means 'belly'.

Bharani is also known as 41 Arietis or c Arietis. This star received its name from the second lunar mansion in Hindu astrology.

Some Other Interesting Facts 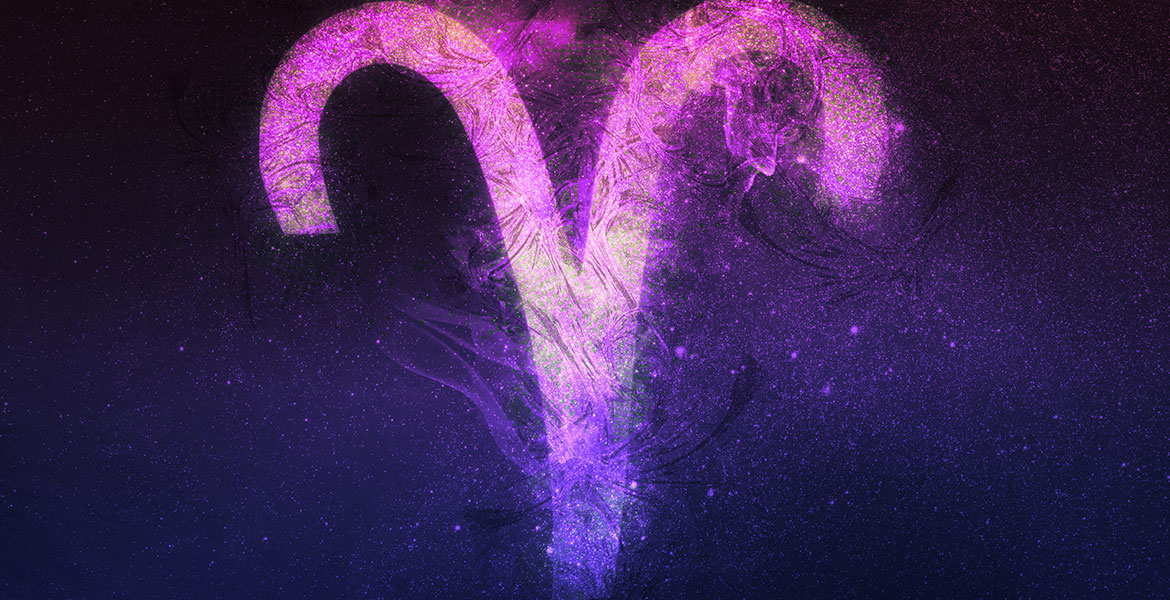 Constellation Aries has neither open star clusters nor planetary nebulae or globular clusters. Here neither dark clouds nor star clusters belonging to the Milky Way obstruct the view into the depths of the universe. With a suitable telescope, you can observe distant galaxies. It is well worth a look.

Also, Aries is known as a home to several deep sky objects: