Egyptians made an enormous contribution to the development of humankind. They are known for their impressive achievements in architecture, art and science. The most important sciences at that time included algebra, geometry and astronomy, which were widely applied in early Egyptians’ daily lives. Why were ancient people so much interested in the night sky? What is the connection between the Egyptian pyramids and astronomy? What were Egyptian contributions to astronomy? In this article, we’re giving the answers to these questions, and even more.

It’s worth mentioning that ancient Egyptian astronomy wasn’t perceived as a separate science. Like across other ancient peoples, astronomical knowledge in Egypt was closely connected with religion and mythology, and these were priests who made astronomical observations. 7000-year-old stone circles in Upper Egypt are proof of how important this science was to religious life.

Egyptian astronomy begins at the dawn of Egyptian history. It played an immense role in religious practices for establishing the dates of festivals. The earliest astronomical texts describe the movements and phases of planets and stars. The stone circle that belongs to that period shows that Egyptians were skillful at measuring time. In addition, they developed a system of constellations of native origin, dissimilar to Greek and Babylonian systems.

This period is marked by producing 'Diagonal star tables', which ancient people painted on the inside surface of coffin lids, the ceilings of tombs and temples. These star charts typically featured Egyptian gods and constellations.

After Alexander the Great's conquests, the indigenous Egyptian tradition of astronomy was combined with the achievements of Greeks and Babylonians, the city of Alexandria being the centre of science throughout the Hellenistic world. 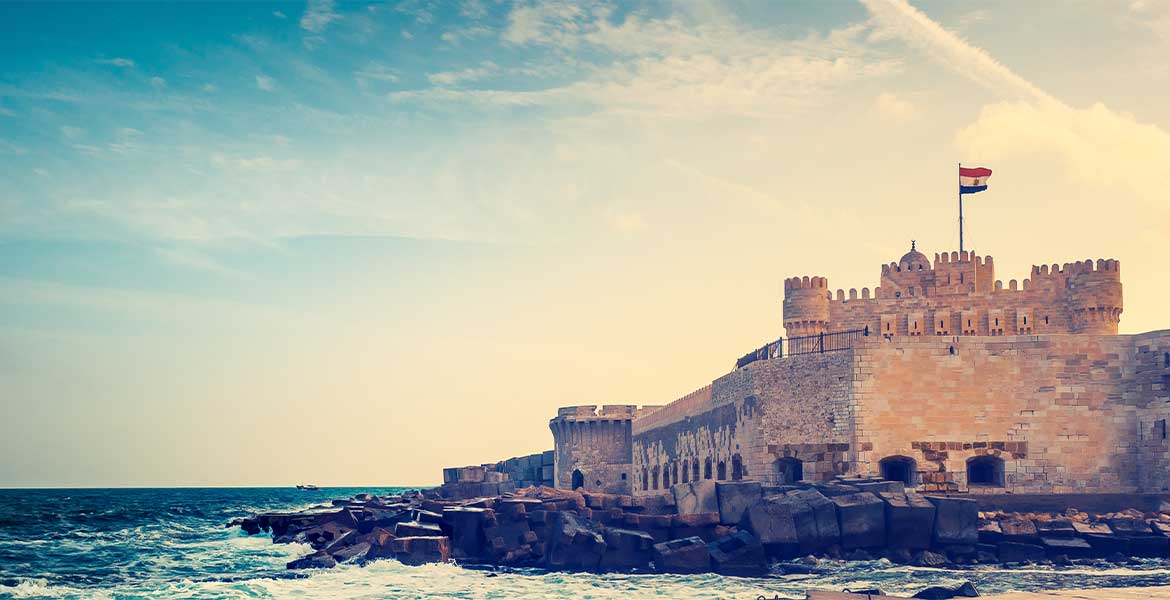 Upon the Roman conquest, Egypt once again became the hub of scientific activity in the Roman Empire. The most outstanding astronomer of this period was Claudius Ptolemy (90–168 CE), who wrote a range of influential astronomical texts including the Almagest, where Ptolemy explained how to predict the behavior of the planets, and catalogued 1022 stars.

As a result of the Muslim conquest of Egypt, the region was dominated by the culture of the Islamic world. During the period of Muslim rule, Cairo became an important intellectual center within Islamic societies.

The Nile River was the lifeblood of Egypt. They depended on the river to grow crops. Egyptians noticed that the flooding of the Nile coincided in time with the first visible appearances of stars at dawn, and this is how their interest in astronomical observations arose. The above mentioned observation has also given a start to a 365-day calendar, which now looks as a real breakthrough of those times.

Sun in Egyptian astronomy and religion

Like representatives of many other ancient cultures, Egyptians worshipped the Sun. It performed an essential role in the life of Egyptians, which is reflected in their culture and religion. Ancient Egypt lay in the Lybian Desert, which was exposed to the blazing sun all year round. That’s why the major Egyptian deity was Ra, the god of the Sun. It was believed that Ra ruled in all parts of the world: the sky, the Earth, and the underworld.

Ancient Egyptians and the stars

Early Egyptians were deeply interested in the night sky. They devoted special attention to two bright stars that could be seen circling the North Pole: Kochab and Mizar, which belong to constellations Ursa Minor and Ursa Major respectively. In ancient Egypt, they were known as "the indestructibles." Egyptians took measurements from "the indestructibles" to accurately align a pyramid or a temple with the earth's four cardinal points.

You already know that early Egyptians noticed that the flooding of the Nile started when the brightest star first appeared over the horizon at dawn. In ancient Egypt this occurred on or around the 20th of July according to the Julian Calendar. On this day, the new year began. Egyptians worshipped Sothis, that is Sirius, as 'sign of the new year and of the flood'. The earliest observations of this star date back to the third millenium BCE.

How did the ancient Egyptians apply their knowledge of astronomy

The major applications of early Egyptian astronomy were the following:

As we have already mentioned, astronomy was deeply connected with religion in ancient Egypt. Egyptians believed that their gods lived in the Duat, the kingdom of Osiris, which was located in the region of the sky where the Orion constellation rose.

The three pyramids in Giza represented the three stars in the belt of Orion, the Sphinx corresponded to the Leo constellation, while the Nile was considered to be a representation of the Milky Way. The concept of creating a landscape that reflects the night sky is typical of different ancient cultures. By building pyramids, temples, and tombs aligned with stars and the cardinal points, early people expressed respect for their gods. 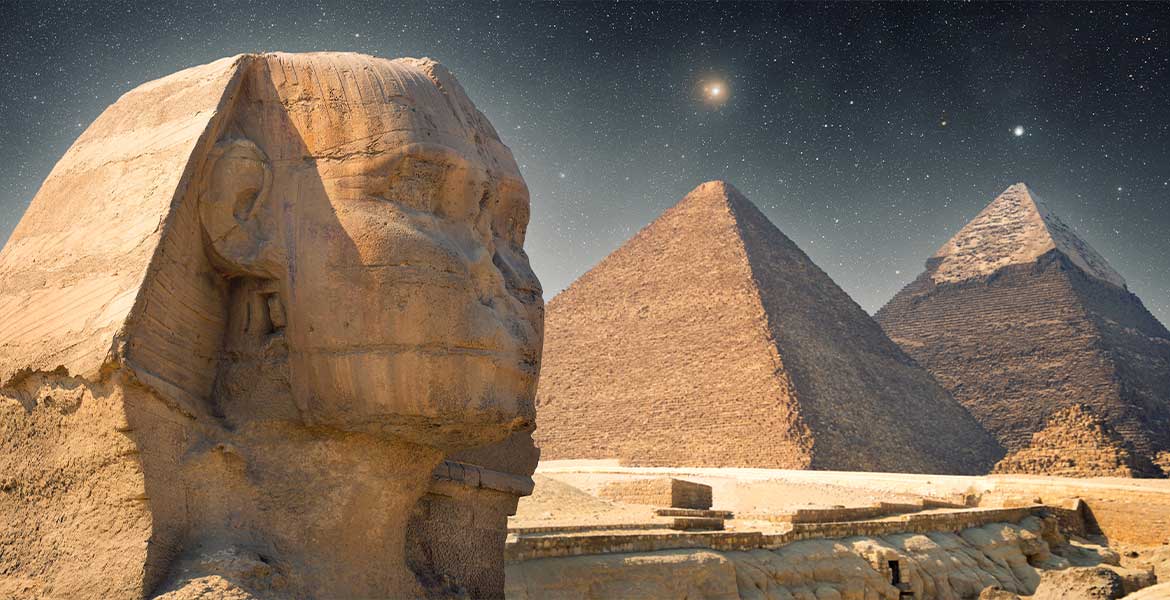 The sacred buildings were built in astronomical alignments. Egyptians oriented their pyramids and temples to the north since they were convinced that pharaohs turned into stars in the northern sky after they passed away. To make sure that a pharaoh would join the circumpolar stars, the pyramid was designed to face Kochab and Mizar. Each of the two stars was located around ten degrees from the celestial pole which lay right between them. When one star was above the other, Egyptian priests could easily identify due north.

Today, modern astronomers know that the celestial north pole was exactly between Kochab and Mizar only in 2467 BCE. Before and after that year, Egyptian astronomers were less accurate as they made efforts to identify the true north.

Before the solar civil calendar was developed, Egyptians used a lunar calendar. In the lunar calendar, each month was divided into four weeks that corresponded to the quarters of the lunar phases.

The civil calendar was very similar to the calendar we have today. The year had 365 days and was divided into three 120-day seasons. Each season had four months of 30 days. However, there remained five days outside the seasons, and to compensate this time, Egyptians added a 5-day intercalary month. The months were numbered within each season and often named by their major festivals. Days within each month were grouped into three 10-day periods called decans. The decans were identified as first, middle, and last. Interestingly, the last two days of decans were days off in ancient Egypt.

In 238 BCE, Ptolemy III, the third pharaoh of the Ptolemaic Dynasty, introduced what we now call a leap year. He ordered that every 4th year had to include a sixth day in its intercalary month. However, this innovation was rejected by the priests.

The greatest contributions of Egyptian astronomy