Naming a Star in Memory of Someone

Naming a star in memory of someone is easy to do. Go out at night, look at the sky and pick a bright spot for your liking. If you know a bit about astronomy, you'll find the star whenever you look up at the sky again. But you may want to learn more about the star, its location, and its relation to other celestial bodies. That's where we offer to seal the doing and create a permanent link between you and the universe.

Cosmonova helps in finding the right star for you. We'll describe its history and the location in the sky, so you'll find it wherever you stay. Furthermore, with our Interactive Star Map, you'll see it shining among others and get the exact coordinates. Alas, the official way to name a star is open only to the International Astronomical Union. However, the sky is available to everyone, and calling a star doesn't require permission, only your will to do so.

Why name a star in memory of someone?

Stars mean hope to us. Many of them are no more than far distant extinguished rocks, whose light is the only remaining sign of their shining in the universe. We see in the night sky not the myriad of bright living stars but a memory of something long past gone. Nevertheless, with this light, they mark their existence somewhere on the endless line of time. And we want to believe that the gone can be sealed and remembered despite everything. In short, stars bring us hope. 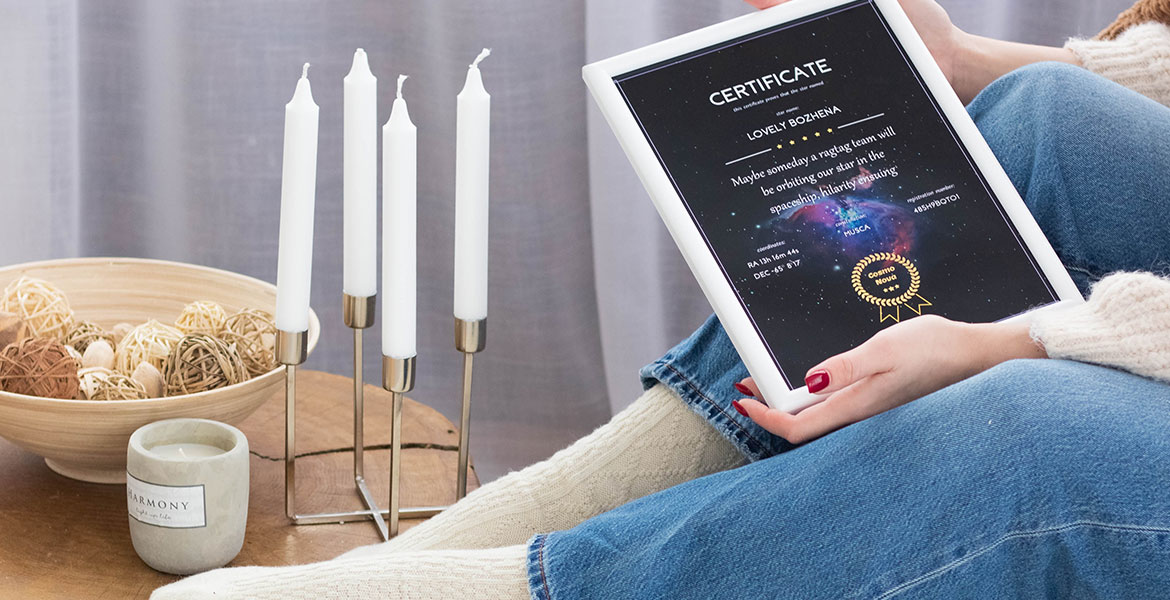 How many times have you wandered on the happiest moments of your life? Birth of a child, wedding, or a peaceful family gathering celebrating some anniversary? We watch feelings and memories fade away and fear losing the cherished past. Because what are we as not a collection of our yesterdays? Without recollections surrounding us, we can't describe our history and who we are now. That's why we save photos of children, tapes from the wedding, silly souvenirs from visited countries that remind us about the happiness we felt and the place we stand at this point in time. However, the only thing that stood despite all the tragedies, natural disasters, and losses is the vast night sky. Stars in it saw thousands of years pass by and preserve the memory of numerous lives.

To buy a star in memory of someone is quick and easy, but first, you need to choose one right for you.

Find your star in the sky

Think about the occasion and the people you want to perpetuate in the universe. We suggest several ways to mark the sky with their presence.

The birth of a child

Each child needs some magic in their life. Instead of grey every day, they seek higher purposes and meanings to every fallen leaf or a breath of the wind. As a parent or a relative, you can name a star to create a tale for them to cherish and carry in their adult lives. 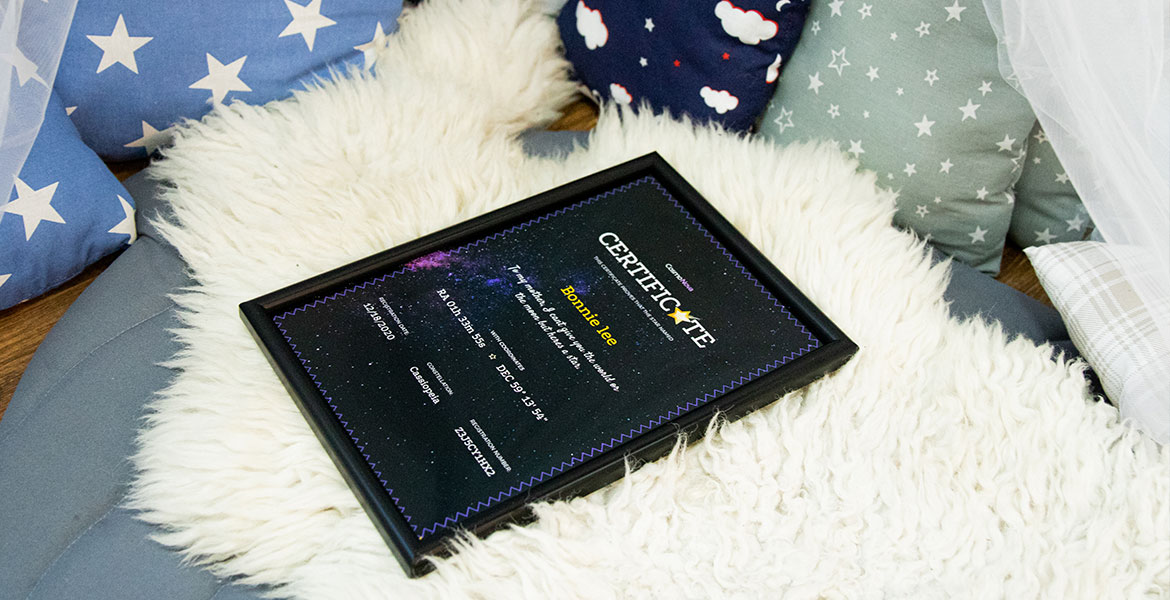 Children are prone to create imaginary friends. They need a place to confide in their secrets, details of past days, and happy moments. A star will become a perfect sign of a true friend living far away but still near to listen to the worries of a troubled child. Moreover, it's a way to create a link between parents and a child to spend time together, when other reasons don't work anymore

Furthermore, instead of choosing one star, you may purchase a binary one that will symbolize the unbreakable bond between you and your child. Even without a special occasion, you can organize a night out in nature, a trip to a field or mountains, and look at the dark sky. With a star named after your child, you can start a conversation on astronomy, raise interest in science, and press matters like plans for future occupation or dreams.

It's also an excellent option for siblings, whose quarrel can end with a simple notion that their stars always circle together and never break their connection. Two stars will remind them of their unity, the importance of family created by the universe the same as the stars in the cosmos.

Sealing memories with loved ones

If you name a celestial body after a loved one, they will appreciate the romantic gesture. You'll create a bond that will become stronger each time you sit under the night sky. The appropriate occasion will not wait for itself: an anniversary of the first meeting, an engagement, a wedding, or a celebration for the first year as a couple. Furthermore, writing your names down in the international star registry may demonstrate the seriousness of your intentions towards the future. 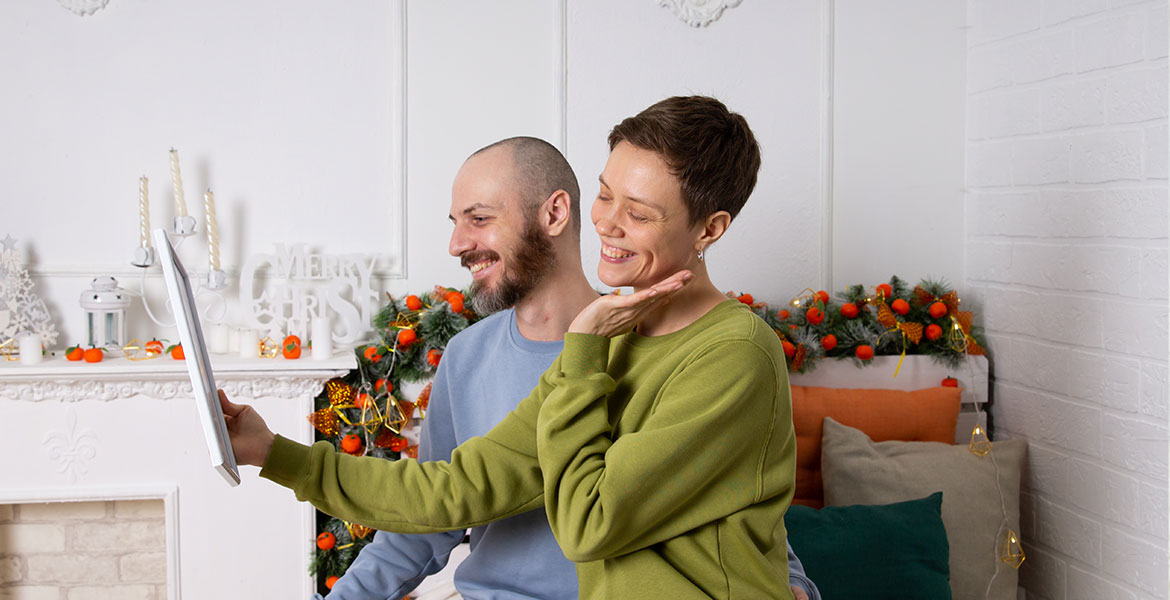 If you are looking for a unique gift for a wedding, a binary star is a beautiful option to consider. Instead of a utilitarian thing like a set of cutlery or a vase, you can seal their decision in the universe and name a star after them. In addition to the photographs and wedding speeches, the couple will receive a certificate that their engagement shines bright in the sky.

Naming a star after someone who has died

Nothing can revert death. The living ones are left to accept their grief and learn to live with it. However, it's hard to explain death to a child. A star named after the deceased can become a way to save the person's presence in child and family life. 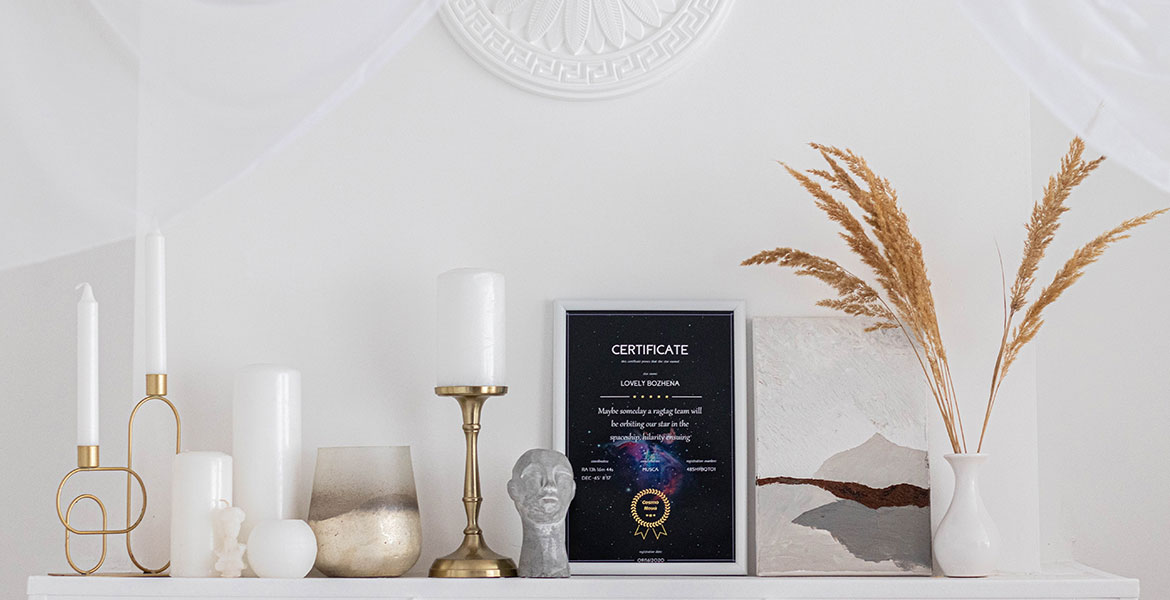 When you decide to name a star, you create a constant reminder of the loss. But it's also a way to accept the tragedy and live further cherishing precious memories.